The Maresme Waste Consortium, the TecnoCampus and UNINI-MX promote the creation of the Ibero-American Network of Waste Management for the Circular Economy

by MaresmeCircular in Consortium, Uncategorized 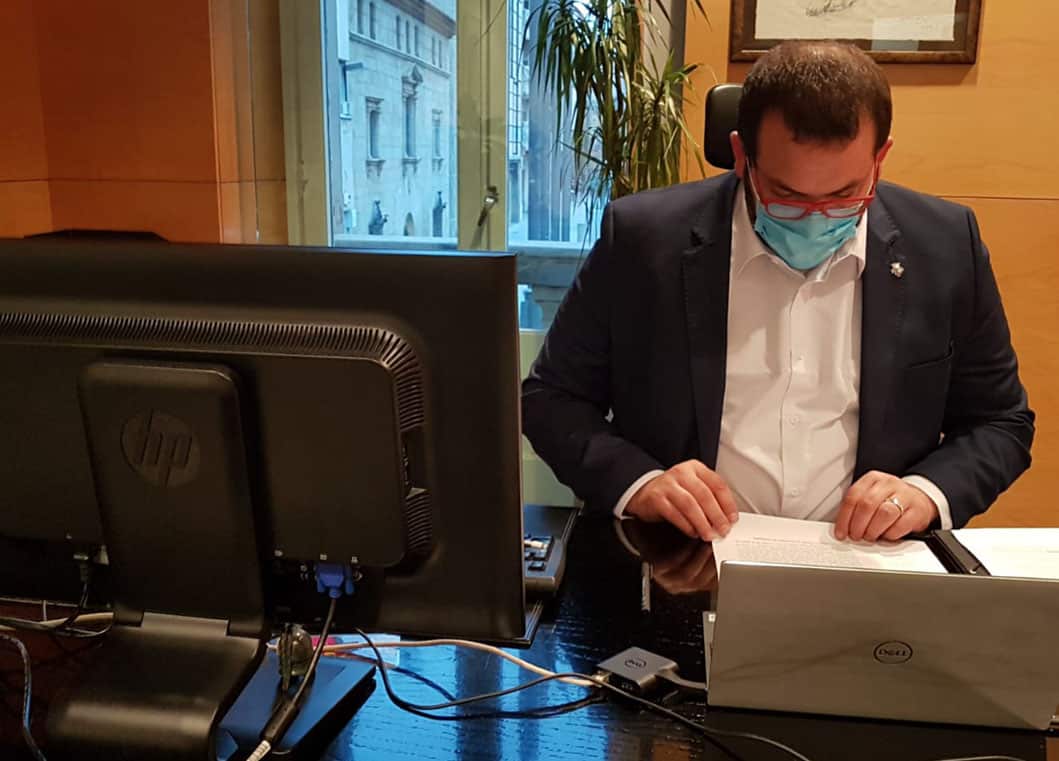 RIGREC is an initiative that will promote academic knowledge, at the same time as providing the transfer of experiences on the circular economy to the society of Campeche, Mexico.

On March 2nd, the agreement for the creation of RIGREC, the Ibero-American Network of Waste Management for the Circular Economy, was signed. A new initiative created by the Maresme Waste Consortium, the TecnoCampus Mataró (TCM) and the International Ibero-American University of Mexico (UNINI-MX). Participating as guest of honour is the Secretary of Environment, Biodiversity and Climate Change (SEMABICC) of the government of the state of Campeche.

RIGREC is created with the aim of generating academic knowledge and, at the same time, providing experience in urban waste management under the parameters of sustainability and the circular economy. The Maresme Waste Consortium will provide the most practical part of knowledge transfer and the exchange of experiences, since it is an entity that has promoted efficient and technologically advanced waste management in its territory, and some years ago launched an important circular economy project in the Maresme. For its part, the TecnoCampus and UNINI-MX will work from an academic perspective, promoting the development of training programmes and research in the field of sustainable economy and circularity. The work of SEMABICC, for its part, will consist of projecting the experience of these two institutions in the field of waste management in order to be able to impact the society of Campeche.

The signing of the agreement took place in person at the SEMABICC meeting room in Campeche, and was also held virtually for the thirty or so participants who were unable to attend the event in person. The event was attended by David Bote, as President of the Maresme Waste Consortium and Mayor of Mataró, and Carles Salesa, as General Director of the Consortium and technical manager of RIGREC. On behalf of the TecnoCampus, Josep Luis Checa, as General Director, and Maria de Mar Isla Pera, as research professor and technical manager of RIGREC, were present. From UNINI-MX, the participants were its general secretary, María Isabel Bernés, and Dr. Alina Eugenia Pascual, research professor at UNINI-MX and Technical Manager of RIGREC.

The creation of this initiative began to take shape almost a year ago, in April 2020, when Dr. Alina Pascual from UNINI, Dr. Mar Isla from TCM and Carles Salesa, from the Maresme Waste Consortium, expressed their interest in launching an initiative that would promote training and research at the two universities, while adding the transfer of knowledge and experience from the Maresme Waste Consortium.